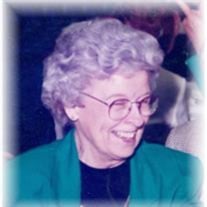 Surrounded by her loving family, Jacquelyn Huggins Cannon, age 92, died Wednesday, May 19, 2021 following a short illness. She was born September 2, 1928 in Winnsboro, SC, a daughter of the late M.B. and Maude Faircloth Huggins. She graduated from Conway High School in 1945 and from Winthrop College in 1949 with a bachelor's degree in home economics. She taught home economics at Aynor High School and moved to teaching Science at Conway Junior High and Conway High School. She obtained a master's degree in education and a second master's degree in education with an emphasis in science. She remained at Conway High School until her retirement. Mrs. Cannon worked with Clemson Extension on several surveys, taught nutrition to nurses for several summers with the career center, and served as a cooperating teacher with Coastal Carolina, having the enjoyment of a number of student teachers sharing her students. She retired from the Horry County Schools system after devoting 37 years of service in the public schools. Mrs. Cannon was a member of Delta Kappa Gamma, SCEA, and HCEA. She was named "Master Teacher" by one of her principals and was elected Teacher of the Year by her peers. Her National Energy Education Day Club (NEED) won first in the state contest and second nationally. After her retirement, she returned to CHS for 8 years as a receptionist and helped the school prepare for the Southeastern Student Council Convention. Leaving CHS, she moved on to Richard M. Lovelace Attorney's office as a receptionist for 16 years. Mrs. Cannon was as committed to her home and church as she was to her career. She was a charter member of Trinity United Methodist Church, serving in various positions and was church historian for 20+ years, helping with the writing of a 50-year history and many heritage Sunday celebrations. Mrs. Cannon was predeceased by her husband of 71 years, Henry C. Cannon, Jr. She is survived by one son, Michael Cannon; a daughter, Pat Cannon Jordan (Chuck) of Conway; a brother, M.B. Huggins, Jr. "Buster" (Louise) of Raleigh, NC; a sister, Merilyn Huggins Holcombe of Conway; and two grandsons, Cannon Charles Jordan (Celie) of Florence and Sawyer Burrous Jordan of Tampa, FL. Mrs. Cannon is also survived by a great-grandchild on the way and a number of special nieces and nephews. A graveside service will be held on Sunday, May 23, 2021 at 3:30 PM at Hillcrest Cemetery on Hwy 544 in Conway. Rev. Tresco Shannon and Rev. Harold Lewis will be officiating. Memorial donations may be made to Trinity United Methodist Church, PO Box 1072, Conway, SC 29528.

Surrounded by her loving family, Jacquelyn Huggins Cannon, age 92, died Wednesday, May 19, 2021 following a short illness. She was born September 2, 1928 in Winnsboro, SC, a daughter of the late M.B. and Maude Faircloth Huggins. She graduated... View Obituary & Service Information

The family of Jacquelyn Huggins Cannon created this Life Tributes page to make it easy to share your memories.

Send flowers to the Cannon family.