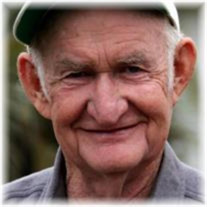 Jeremiah "Jerry" R. Hardee, age 80, passed away Tuesday, December 29, 2020. Born July 3, 1940 in Conway, he was the son of the late Carson and Ruby Bratcher Hardee. As he grew up, he always had a natural knack for turning wrenches. He became a skilled mechanic, getting his start at Hunter Ford, before opening his own shop. What better name to give his place of business, but Jerry's Garage and Cycle Shop, which he has owned and operated since 1970 with his wife, Freda. All in all, Jerry accomplished 62 years of being a mechanic. He also taught two semesters of mechanics at Horry-Georgetown Technical College. When he was not working, Jerry enjoyed traveling, four wheeling with his grandsons, talking with people, and grilling for family outings. Jerry was an avid hunter and fisherman and a founding member of Hickory Grove Hunting Club. He a was also a member of Hickory Grove Baptist Church. Jerry loved his family and was a devoted husband, father, grandfather and uncle. He helped many family members and friends over the years through tough times to achieve their dreams. Along with his parents, Jerry was predeceased by a brother, Clyvurne Hardee and two sisters, Pauline McDowell and Fleetwood Gore. Surviving are his devoted wife of 57 years, Freda Vaught Hardee of Conway; one daughter, Felecia Hardee Maresh (Paul)of Lexington; two grandsons, Jacob and Adam Maresh of Lexington; one brother, William "Bill" Hardee of Conway; one sister, Mary Lou Hardee Edge of Conway; and many nieces and nephews. Graveside services will be held at 1:00 PM Saturday, January 2, 2021 at Hillcrest Cemetery Open Air Chapel with Rev. Denis McCorry officiating. The family will receive friends following the service at the cemetery. Memorial donations may be made to Hickory Grove Baptist Church, 2710 Highway 905, Conway, SC 29526.

Jeremiah "Jerry" R. Hardee, age 80, passed away Tuesday, December 29, 2020. Born July 3, 1940 in Conway, he was the son of the late Carson and Ruby Bratcher Hardee. As he grew up, he always had a natural knack for turning wrenches. He became... View Obituary & Service Information

The family of Jeremiah "Jerry" R Hardee created this Life Tributes page to make it easy to share your memories.

Send flowers to the Hardee family.