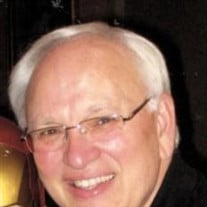 On August 12, 2021, Julian Riddle, loving husband, father and grandfather, passed away at the age of 72. Julian was born on March 16, 1949, in Raleigh, NC, to parents Julian and Nancy Riddle. Julian married Debra Lee Riddle on March 29, 1975. Julian played football at Millbrook High School in Raleigh, NC, as Millbrook’s All-Conference Center. Coach Williams told the newspaper, “Julian Riddle is an outstanding athlete; it was his defensive savvy that kept us in the game.” The Raleigh State Chapter of the Fellowship of Christian Athletes gratefully acknowledged Julian’s outstanding leadership as Chairman of Millbrook Huddle for the year 1966-67. Julian, a Dean’s List student graduated from Campbell College with a degree in Health and Physical Education. He taught at Fuquay-Varina High School and was an assistant to Coach Graham Myrick. Later Julian taught and coached at Athens High School in Raleigh as assistant to David Riggs. In May 1981, Julian became Head Football Coach and Baseball Coach for the school. He coached Athens to four straight winning baseball seasons and became Athletic Director. David Riggs wrote and thanked Julian for doing a great job as Athletic Director and expressed appreciation at having an Athletic Director as capable as Julian saying, “It’s strictly a servant’s job.” God was preparing Julian for something else! When Julian resigned his job at Athens High School, a newspaper reporter wrote, “Riddle, 34, said he quit to enroll at Columbia Bible College, where he will also be Associate Dean of Men.” Julian told the Raleigh Times, “It’s really amazing how the Lord has worked this all out. We sold our house in less than two weeks. I’m getting to return to school, and I already have a part-time job. I don’t think this is a coincidence.” After graduating from Columbia Bible College with a Master’s of Divinity, he worked under a wonderful mentor, Pastor George Crow, at Northeast PCA in Columbia, SC, for seven years. God, in His perfect will, called Julian and Debbie to Surfside PCA in Surfside Beach, SC, where Julian pastored for the next twenty-three years. During his tenure at Surfside Presbyterian Church, Julian battled prostate cancer for 17 years. His love for God’s church had grown so much that it was hard for him to retire. His heart’s desire and prayer was that through worship in music, through the taught Word, and through fellowship with Christ-followers, many would have met Jesus and felt his presence among us. Julian had such a desire to serve Christ and His sheep. Surfside PCA has loved and taken such good care of Julian and his family. Our glorious God is so, so good and had a great plan! Julian was preceded in death by his father, Julian, and his mother, Nancy. He is survived by his wife Debbie; by his three children, Kelly (Craig), Kristen (John), and Josh; by his three grandchildren, Kade and mom Candace, Sawyer, and Julia; and by his aunt, Ann Larsen. A funeral service will be held on Sunday August 15, 2021 at 4:00PM at Surfside Presbyterian Church, 8732 US Highway 17 Bypass South, Myrtle Beach, SC 29588. The family will gather at the church to greet friends from 2:00PM until the time of service. Burial will be held on Monday August 16, 2021 at 10:00AM in Hillcrest Cemetery, 1000 Hwy 544, Conway, SC 29526.

On August 12, 2021, Julian Riddle, loving husband, father and grandfather, passed away at the age of 72. Julian was born on March 16, 1949, in Raleigh, NC, to parents Julian and Nancy Riddle. Julian married Debra Lee Riddle on March 29, 1975.... View Obituary & Service Information

The family of Julian Riddle created this Life Tributes page to make it easy to share your memories.

Send flowers to the Riddle family.