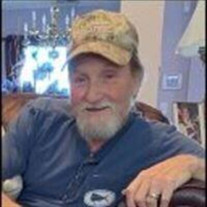 Parrish Dean Strait, 58, passed away Thursday, September 16, 2021 at Conway Medical Center. He was born January 5, 1963 in Rock Hill, the son of Ronald Strait and the late Johnnie Baldwin Strait. Parrish was a loving husband, father, son, grandfather, brother and friend to all. He was very family oriented and loved spending time with his wife, children and grandchildren. He could make and fix anything, although his passion was making duck calls, which he thoroughly enjoyed. An avid outdoorsman, he loved to hunt and fish. Parrish will be greatly missed by all who knew and loved him. In addition to his father, he is also survived by his wife of seven years, Tina Irving Strait; children, Darr Strait (Aisylynn), Kristen Mathews (Garret), Camryn Henry, Anthony Nelson and Cassandra Henry; sister, Stephanie Mayers; four grandchildren, Drake Strait, Emma Grace Mathews, Harper Mathews and Ashton Tisdale, along with many other family and friends who will miss him. A Graveside Service will be held 1pm Monday, September 20, 2021 at Hillcrest Cemetery.

The family of Parrish Dean Strait created this Life Tributes page to make it easy to share your memories.

Send flowers to the Strait family.