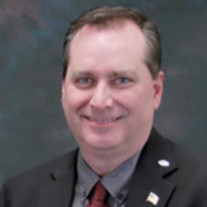 Ray Winters, born Raymond Howard Winters, 50, passed away August 16, 2021, at Grand Strand Regional in Myrtle Beach, SC. Born on April 1,1971, in Mobile, AL, he was the son of Monroe and Linda Winters. After moving to Myrtle Beach in 1998 and working for Rice and McDonald, Ray opened his own law firm, The Law Office of Ray H. Winters, P.C. in 2008. A graduate of the University of South Alabama (Mobile, Alabama) with both his Bachelor’s Degree (1992) and Master’s Degree (1994), Ray graduated from Loyola University – New Orleans, School of Law (1998) and was admitted to the Alabama Bar in 1998, the South Carolina Bar in 1999, and the United States Tax Court in 2003; Ray’s practice areas were Corporate Law, Business Organizations, Commercial Real Estate, and Residential Real Estate. Ray was a member of the Horry County, Alabama State Bar, and South Carolina Bar. He was awarded Certificates in Common Law; Civil Law; and International Law Studies upon graduating Loyola University School of Law (1998). Ray also held a Master’s Degree in Public Administration from the University of South Alabama (1994). Ray was involved with several civic organizations where he served as general counsel to the Carolina Forest Civic Association and Coastal Carolina Student Housing Foundation. He also served as a former Chairman of Deacons at Ocean View Baptist Church and also served on the Franklin G. Burroughs – Simeon B. Chapin Art Museum’s and Classy Smiles, Inc.’s Board of Trustees as well as the Board of Directors of Ground Zero serving the youth of Horry County, South Carolina. Additionally, he served the community in other various volunteer capacities whenever possible whether it be at Carolina Forest High School, Carolina Forest Performing Arts Academy (CFPAA), various church committees, or other civic groups. Ray was elected to serve as the District 3 Representative to the Horry County School Board in November 2014 and served proudly in that capacity representing portions of the attendance areas of Carolina Forest and Myrtle Beach until his passing. In his spare time he enjoyed spending time with family, including small trips and vacations. He loved to watch Star Wars and Star Trek movies, reading and golfing. On the weekends you could always catch him watching Nascar races, football and baseball games on tv. Ray loved to meet new people and took every opportunity to share with others what God has done for him and his family's lives. Survivors include his beloved wife, Tracy Winters, daughter, Alyssa Winters of Myrtle Beach; his mother, Linda Winters, father, Monroe Winters both of Saraland, Alabama; his mother-in-law, Sandra Smith; and his sister-in-law, Tristy Smith both of Saraland, Alabama. Visitation will be Friday, August 27, 2021 at McMillan-Small Funeral Home, 910-67th Ave. N., Myrtle Beach, SC 29572 from 4:30 - 6:30 PM. A Funeral Service will be held at 11:00 AM Saturday, August 28, 2021 at Ocean View Baptist Church, 7300 N Kings Hwy, Myrtle Beach, SC 29572. Burial will follow at Hillcrest Cemetery, Conway, SC.

Ray Winters, born Raymond Howard Winters, 50, passed away August 16, 2021, at Grand Strand Regional in Myrtle Beach, SC. Born on April 1,1971, in Mobile, AL, he was the son of Monroe and Linda Winters. After moving to Myrtle Beach in 1998 and... View Obituary & Service Information

The family of Raymond Winters created this Life Tributes page to make it easy to share your memories.

Send flowers to the Winters family.