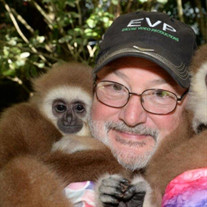 Richard “Rik” W. Dickinson, 74, Founder and Owner of Encore Video Productions, passed away on Sunday, August 8, 2021. Born on December 22, 1946, in Depew, NY, a son of the late Julia (Kowal) and Richard Dickinson. Rik grew up in New York but then moved to South Carolina and met the love of his life, Linda Rabon. They then got married on April 10, 1970, with friends and family near. Soon after they grew their family and had their son, Graham. Shortly after that Rik started his video production of Encore Video Productions in 1979. Rik was previously on the Board of Chamber of Commerce; he was also very involved in the Downtown Redevelopment Corp and had a love for classic cars. Rik was a devoted Catholic. In his younger years Rik joined the United States Air Force and was involved in the military for four years. Mr. Dickinson leaves behind his loving wife, Linda Dickinson, his son Graham Dickinson, a brother, Charles (Chuck) Dickinson, a sister, Dana Kowal, a niece, Tabitha Squires and husband Jody and their children Trevor, Dustin, and Macy, and two nephews, Glenn Ward and wife Mary and their son Jason Colton and Scott Ward and wife Sandy and their son Michael, a great niece, Jessamyn Thackray and husband Steve and their two children Oliver and Conrad. Rik was predeceased by his two sisters, Beverly Lenz and Cheryl Scott, and a niece Trisha Dyer, along with his parents, Julia (Kowal) and Richard Dickinson. A funeral service will be held at 2:00PM on Saturday, August 14, 2021, at McMillan-Small Funeral Home. A visitation will be held one hour prior to the service. Following will be an entombment at Hillcrest Mausoleum in Conway. In lieu of flowers memorials may be made to the Lung Cancer Association. The family would like to thank everyone who has reached out to them during this time and would like to say a special thank you to the Better Brands, Coastal Advertising Federation, Screen Gems Studios, and all family, friends, and co-workers. If anyone has a picture of themselves with Rik, the family request that you bring it to the memorial service on Saturday. I'd like the memory of me to be a happy one. I'd like to leave an afterglow of smiles when day is done. I'd like to leave an echo whispering softly down the ways, Of happy times and laughing times and bright and sunny days. I'd like the tears of those who grieve, to dry before the sun of happy memories that I leave when life is done.

The family of Richard "Rik" William Dickinson created this Life Tributes page to make it easy to share your memories.

Send flowers to the Dickinson family.